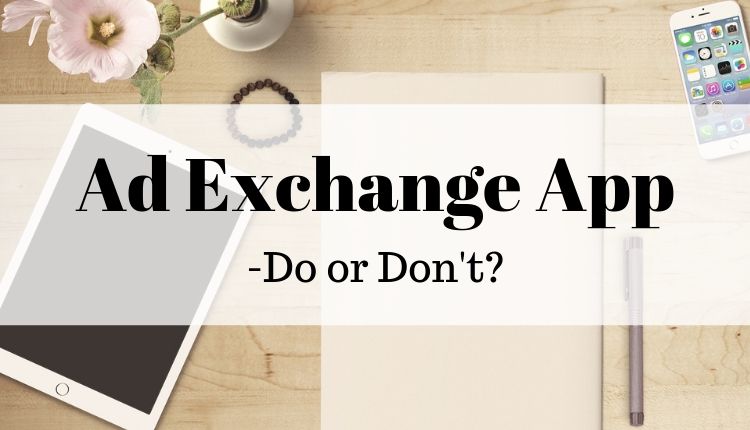 Ad exchange app – do or don’t?

Should you try Traffic exchange apps?

For Shopify merchants, Traffic exchange app is an exclusive channel lies between organic and paid app. The basis of these apps is simple: by allowing other Shopify owners to advertise their products on your store, you get to advertise on their site in return with no cost involved. The more you exchange, the more of your ads get to be displayed.

But does it sound too good to be true? One merchant expresses his concern on the Shopify forum:

Looking to get some opinions on ad exchange apps. The ones available in the Shopify store have several thousand users between them, so I figure they may be on to something….  Love the idea, but my biggest gripe is the ads themselves, that can be a bit off-brand or link me to poorly designed websites.

Similar concerns about the quality of ad, partner and traffic are very legitimate and worth discussing. So in today post we will examine them to see how to mitigate such risks with traffic app and how do you know if an ad exchange app is good or not.

The worry: The ad of your partners on your site is off-brand compared to the rest of your store.

For ad quality, the traffic app should allow you to block ad categories that you don’t want to show up on your site. For example, if you have a fashion store and you don’t want ads to compete in the same niche, you should be able to block that category.

That way, you don’t have to worry about having irrelevant ads on your store.

The worry: Businesses that use traffic app are poorly designed and are only scrambling for sales.

While it’s true that a large number of stores joining ad exchange are of small and medium size. But that is one of the very reasons they join ad circle: to help each other out at no cost.

The worry of partners with poorly designed websites is very real, regardless. While the majority of merchants really care about their store appearance, there always exists a percentage of those who don’t.

But here is the thing: if the owner does not bother to care about their store, it’s highly likely they would not make an effort to create appealing ads that convert either. Traffic apps help with getting impressions, but whether the visitors click on an ad or not still depend on the ad content and image – like with any other ad platform.

And since it doesn’t get clicks, the algorithm of the app will demote the low-effort ad, showing it less and less while prioritizing quality merchants.

If the app is honest and transparent (and it should be), you will be able to see who is joining in the ad exchange circle and what ad they are putting up. For example, eggoffer.com is a hub site where you can see merchants joining the Instant Traffic ad circle. A hub like that should give you a good idea of the community quality before joining it.

The worry: Since this is free, the traffic must be of poor quality or something.

Quite the opposite. in fact, shops with great budgets still do consider ad exchange because the traffic from this source is of higher quality. Visitors coming from other stores are willing to at least browse so you don’t have to try to grab their attention from whatever they are doing like with other channels.

On average, it takes about 100 reaches for clicks to start appearing ( that’s a good rate compared to Facebook’s average 500 to 1000 reaches).

Now you know what to look for before trying an ad exchange app. To recap:

In short, if you are considering doing ad exchange, go for it. But whatever you do, remember that the main factor for your ad success still lies in the copy’s content  – something no ad platform can do for you.

Another note: do you know that most of the best traffic apps such as Instant Traffic come with free plan? You can use them for free indefinitely.

Eggflow Content Executive
She enjoys researching and writing blogs about marketing and e-commerce.
Send her a friend request on Facebook! She loves getting in touch with her readers.
Ask her anything on Quora: https://www.quora.com/profile/Felicia-Nguyen-20

What is CRO? How to boost Shopify conversion rate optimization?

Get Path-Breaking Sales on Your Shopify Store with Recently View